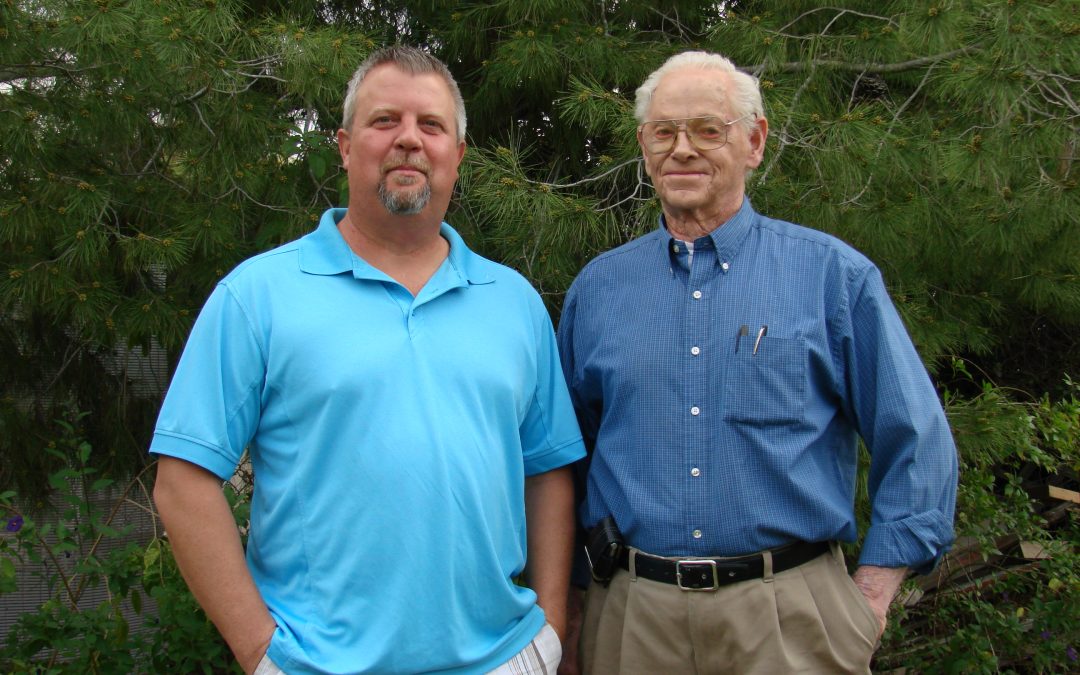 I was recently asked to explain what has happened with A-Leg-Up since my father’s passing.  Well, there really isn’t a short answer for that because a lot has happened, but at the same time, we also had to shelve A-Leg-Up for 2015 in which nothing really happened with the company at all.  Please allow me to explain.

In the beginning of 2013 I received a phone call from my dad telling me he had some, “not so good news”.  He went on to say that his lung was filling up with fluid and the doctors didn’t know why.  We received answers to this shortly afterwards with the doctors telling us he had cancer of the lungs and we didn’t have much time.  The next three or four months were a bit of a blur, but I traveled to Oregon and back several times to visit and work with lawyers to make sure his and A-Leg-Up’s affairs were in order.  On July 5th, 2013 I received a call from my brother telling me he had passed away that morning.  Now that my father had moved on, our Company, A-Leg-Up was now in my name alone.

For the rest of 2013 and the beginning of 2014, A-Leg-Up’s business went on as usual.  We were filling orders and taking on new customers.  We had been approached by two different entities for a licensing deal, both of which were declined.  As the business continued, my younger brother became interested and asked if he could help and we now formed a new partnership.  Upon doing this, we decided to update our brand and hired a company to help us.  We worked to update our logo and to start working on a new package design and one for retail stores.  Our goal was to create a new mold that would increase our production capacity, have our new logo on it and to work towards the objective of selling our product to brick-and mortar stores.  Selling to retailers like Bed, Bath and Beyond, CVS, Rite-Aid and other Health and Beauty stores were are goal.

Nine months later we had completed the rebranding, but ran into difficulties with our mold maker.  Our catalog sales had slowed and by the end of 2015 we had to make the decision to keep going or take a break.  With great pain, we decided to hold off on the completion of the new mold and not look for any new business until we more prepared to handle the increase in business.

With the start of 2016 we have aligned ourselves with the founder of Ugg Boots and are considering starting up where we left off…  We are looking for new beginnings, but we’ll have to see what 2016 brings!